The TPP is a complicated trade agreement between 12 countries in the Asia-Pacific region. In my opinion which is shared by many, the US is involved in this trade agreement to elbow out China's growing influence in the region. New Zealand already has a free trade agreement with China so from our perspective we just want to be open for business globally. 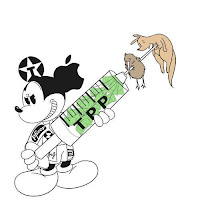 Much has been written about this agreement based on leaked documents because the text is not publicly available. I am sympathetic to the idea that it is difficult to conduct negotiations on such a level by making everything available. For instance, I myself worked briefly on Treaty negotiations and I know that it would be impossible if every step was constantly made public. However, and this is a big however, this agreement can be detrimental to Kiwis day to day lives with significant impact on our health system. It has been suggested that the agreement could lead to large pharmaceutical firms with powers to increase prices of drugs and limit access to cheaper generic drugs. The corporate control of public health should be extremely concerning to all New Zealanders.

What is fast track authority and why is it important?

Currently President Obama is seeking fast track authority from the US Congress which will allow him to pass the final version of the agreement with a simple majority and no amendments (this is very crucial for its success). This part of the legislation also includes a thing called the "Trade Adjustment Assistance" or TAA which is a program that will help workers in America who lose their jobs as a result of trade deals. Democrats are largely against this and that's why they have been voting down the fast track authority.

Experts believe that democrats would vote for the fast track authority on its own but for that to happen, the legislation would have to go back to committee and be separated. But this is also a problem because President Obama said he would veto fast track authority if it does not include the TAA. But could he change his mind to push forward the deal?

UPDATE: It looks like maybe Obama will not veto a bill that is solely fast track authority. See this article from the Hill.

Why should we care about the TPP?

Noam Chomsky calls the TPP a neoliberal assult to maximize promit and domination which will lower wages and increase insecurity. The New York Times also notes the unlikely agreement between Republicans and Obama on the TPP calling it  little more than enhanced corporation power branded as free trade. The TPP agreement goes well beyond trade and there's virtually no input on it through any democratic institutions because nobody is allowed to know what is in the text. We should not sleep soundly at night just because the TPP is facing roadblocks in the US. Their objections are different to ours and they are only looking out for their own economy. We should also be worried about our own and we should not rely on the US Congress to stop the TPP. We need to write to our MPs and register our own objections in our own voice.
Posted by Lamia at 12:26 PM