The anatomy of a headline… 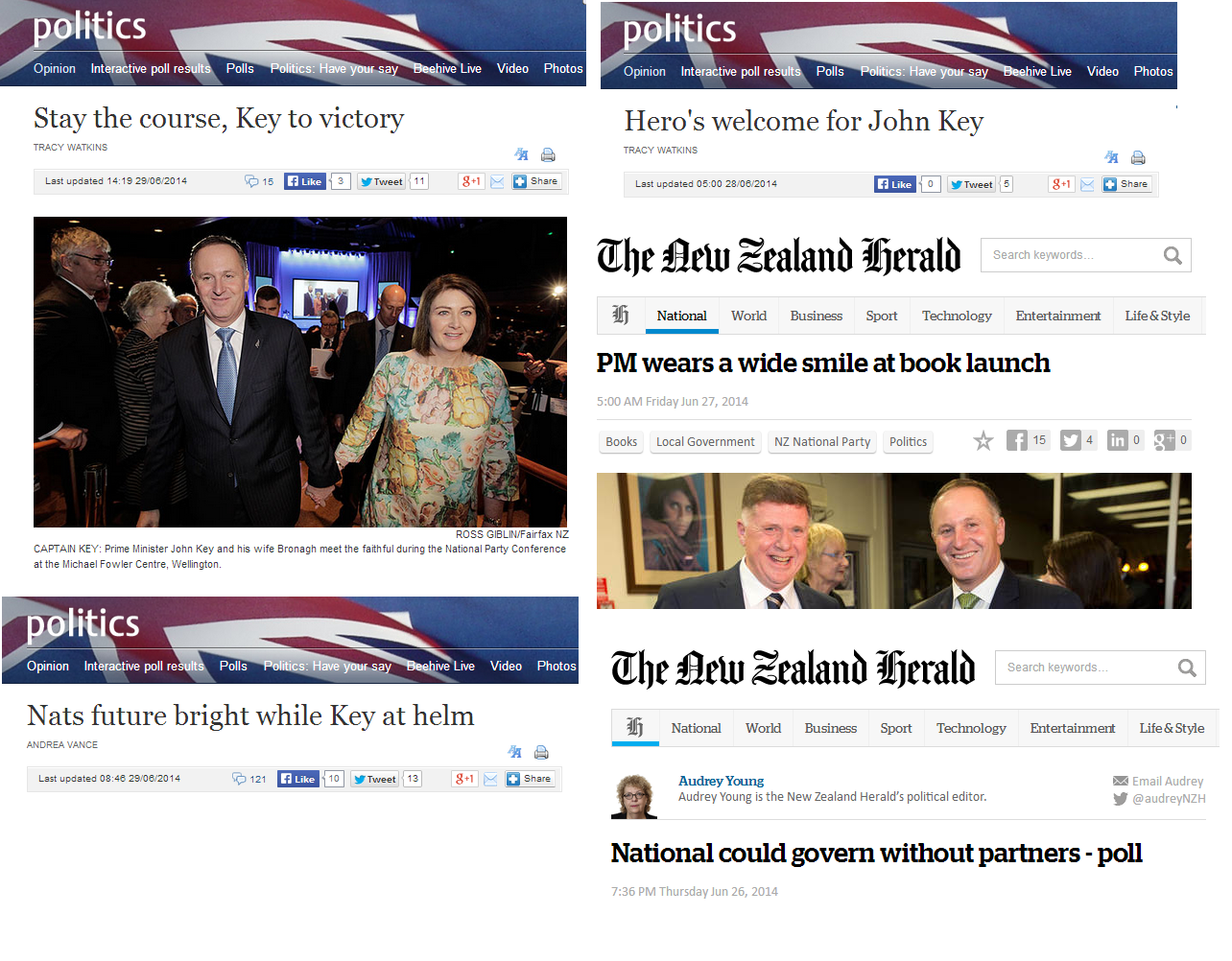 Since John Key's book has come out along with high poll numbers and the National Party Conference, we have seen a series of adulated headlines about John Key. I guess if things are going so well, why should it be otherwise.

But then this morning I came cross this headline:


Read the story below that headline. Could you imagine the headline if three retiring Labour MPs boycotted David Cunliffe? (Do you feel like you have no idea what I'm talking about? Read the story.) I also highly doubt anyone will ever see a headline that ever talks about the far right. ACT and Conservatives – what are they? Undoubtedly the false dichotomy created by the terms ‘left’ and ‘right’ works really well for politicians and for selling papers. But it’s never that easy.

As one keeps reading the story, one finds that it is entirely about National’s election strategy with one quote from Steven Joyce about how the question should be different if the answer is "Laila Harre, Hone Harawira, Pam Corkery, Kim Dotcom, Russel Norman, Metiria Turei, David Cunliffe, Matt McCarten and John Minto". Once again, neither Joyce nor Key has to justify why they can get away with running the “far left” vs. “centre right” dichotomy. They don’t have to because the Herald does not require a policy justification for the statements made by Joyce and Key. Whatever Key says is the truth. Just like when John Key said he had heard "rumours" about Liu donations to Labour – it was reported as if it was a fact. (Clearly the PM has never ever said anything misleading in the public sphere)

I myself worked in Labour for some time. There were many policies and many speeches I did not agree with. The broad left and the broad right have to find a party that they can live with voting for when they go to the polls. I myself have never had the same two ticks in all of the elections that I voted in (since 2005). National understands that this. They understand that this election is not about Labour and National. They understand the meaning of 61 seats under MMP. And when one looks at that, the conclusions are no longer simple and easy. The MMP landscape is hugely complicated but it is easier for our nation’s newspapers to run headlines like “National could govern alone” because that sounds better than “National will probably have to govern with ACT, United Future, Maori Party and maybe will still need the Conservatives to get them over the line.”

Yesterday I tweeted the cartoon below (by Chris Slane) that has been retweeted many times. I think it’s time we start asking what “far left” really is and how that translates in terms of policy. Because if the difference between  the centre right and far left is 18 weeks vs. 26 weeks of paid parental leave, maybe we should all sit down, have a cuppa and decide what this election really is about.